That’s the word continually running through my head right now.

Just before midnight on May 24, 2010 Adam’s parents’ home was destroyed by an EF3 tornado. Their home for 30+ years. The home where he and his brothers were raised.

His parents were asleep when the storm was about to hit. They woke up with only enough time to ride the storm out in the floor between their closet and bed. They escaped with minor scrapes and bruising. It could have been much worse.

They are lucky they are alive. God was certainly watching over them and I praise him for his mercy.

Lucky they have been able to salvage family photos and other sentimental items.

Lucky they have friends, family and neighbors sacrificing their time to help them however the need it: sorting through the rubble, doing laundry, cutting up trees to get into the 2 hardest hit areas of their house (the kitchen and living room) which are mere crawl spaces now, and showering them with food and supplies.

Lucky their vehicles and farm equipment, for the most part, sustained minor damage and are all still drivable.

Lucky that most (if not all) of the antique turquoise FiestaWare Adam’s mom had hung above the kitchen table survived. Unbroken. (The fate of the table appears positive as well)

Lucky that her KitchenAid mixer is a-okay.

Lucky that their liquor escaped unscathed.

Despite the destruction and scary realization that they must rebuild and start anew, Adam’s parents are incredibly blessed right now. It could have been worse. Much worse. They are alive and that is something for which I thank God. 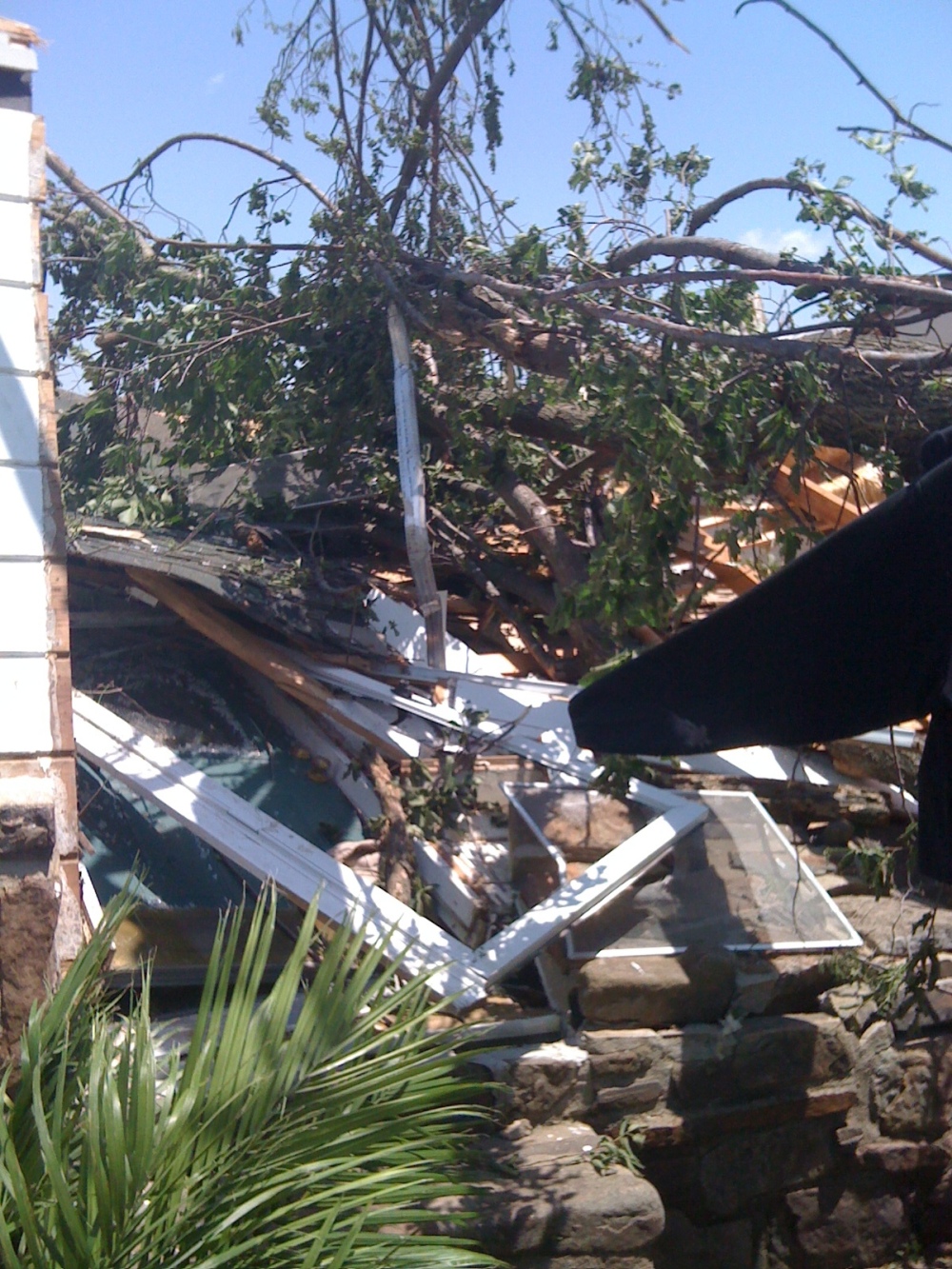