You didn’t think I’d leave you hanging on the rest of our EPCOT travels did you? 🙂

As I mentioned in my first post, the reason for our trip to Disney was to celebrate a sorority sister’s wedding. In the days leading up to the wedding, we had a few events to take part in – but the times still allowed us to have some night park time!

After taking a nice long mid-day break (due to rain, AGAIN), we were able to get gussied up for the Dessert Welcome Party for the wedding. But first, we had to make our reservations at La Hacienda San Angel in Mexico – while braving the rain. This restaurant was recommended by a co-worker’s wife and I’m so glad we knew about it! The atmosphere was wonderful, the service was great and the food was mouth-watering.

To start, we ordered the Queso Fundido – one of our favorite mexican dishes – which was served alongside some wonderful warm flour tortillas. We then split the La Hacienda Parrillada, which included an unbelievable New York Strip, chicken al pastor, chorizo, and grilled vegetables.

This was more than enough food for us to eat and we ended up sending about half of it back when it was time for the next course, dessert!! Adam ordered the Crema de Chocolate “Abuelita” which was chocolate custard served with crunchy buñuelo strips and caramel syrup. 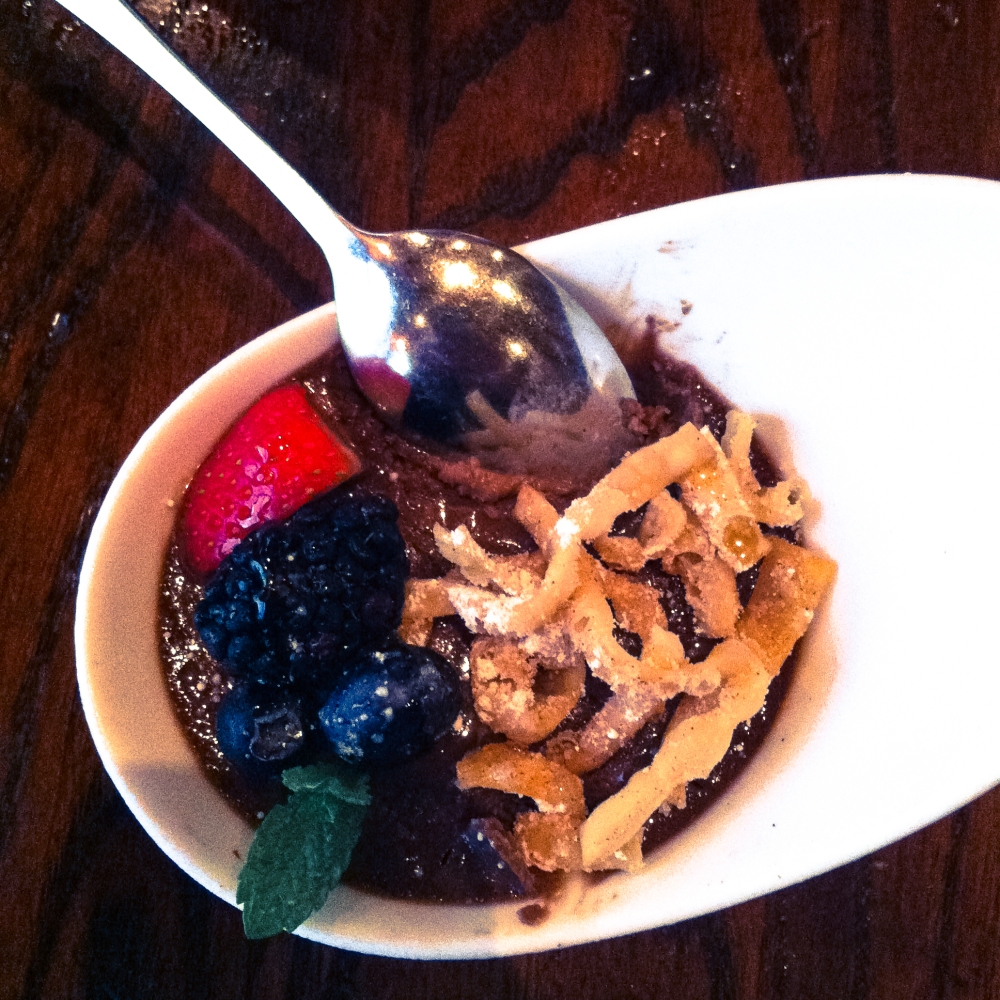 Meanwhile, I was devouring my dish – Empanada de Manzana, a puff pastry filled with sautéed caramel apples, served with dulce de leche ice cream and cajeta. It was heaven. 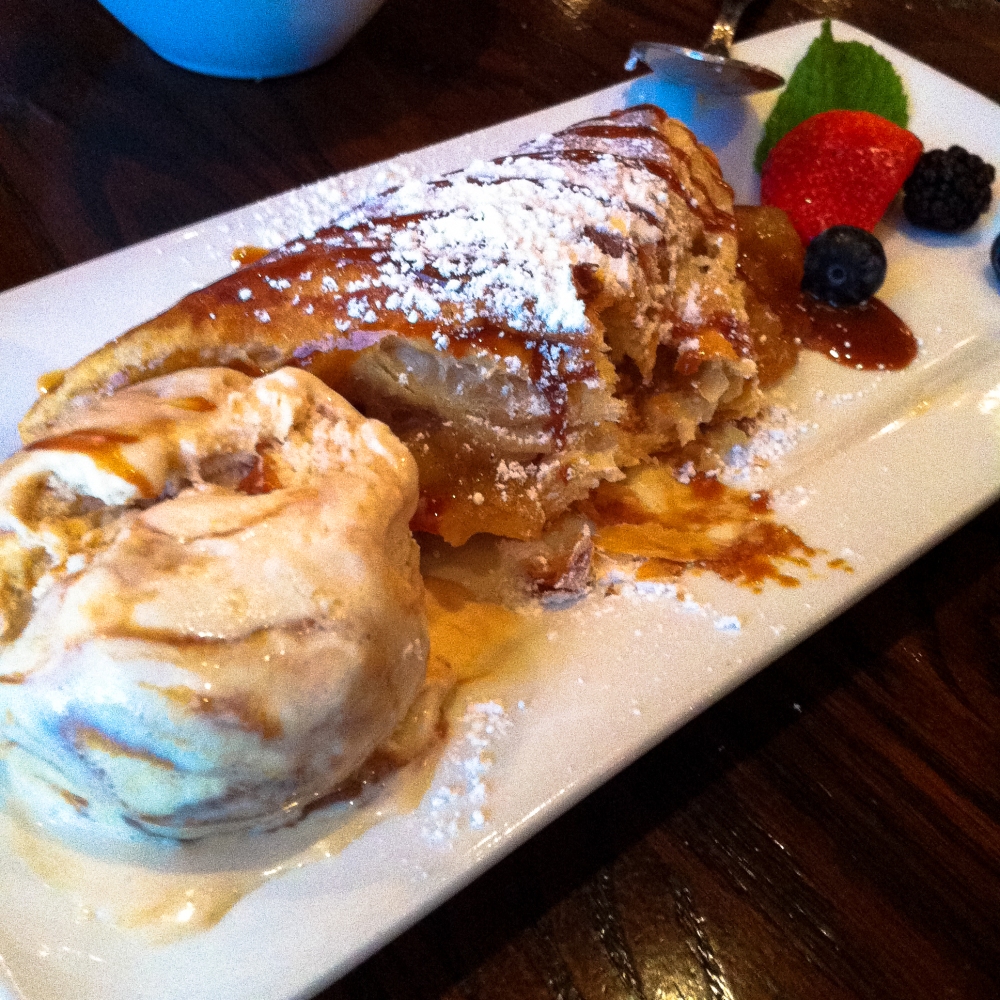 After finishing our meal, our hopes of the rain letting up was drenched – literally. So we walked across the street to ride the indoor boat ride, Gran Fiesta Tour Starring the Three Caballeros. By the time the boat ride was done, the rain had let up some and we were able to have some picture fun as we headed to the monorail for the Dessert Party at The Grand Floridian.

We had a great time at the Dessert Party catching up with some of my college friends I hadn’t seen since graduating. On our walk to watch the breathtaking Magic Kingdom fireworks show, we passed another banquet room with a band that sounded very similar to Journey. In fact, so similar we had to stop and take a peek. Later that evening, Adam looked up Journey’s website and it was made about 90% certain that the headshots on the website were the same people on the stage. So yeah, we saw Journey at Disney World. No biggie.

After the Dessert Party, we made our way back to EPCOT for extra magic hours. We crammed in some final attractions before calling it a night around midnight. We met Mickey, Minnie, Goofy, Pluto, and Donald!!! After hobnobbing with the characters, we speed walked to Soarin’, the only ride we had yet to be able to get on due to lines. Lucky for us there was no wait at 11:30 pm. Go figure! So we got to take an aerial tour through California. Adam loved this ride, but I wasn’t entirely a fan. It needed a story. Specifically, a story narrated by Morgan Freeman telling me about the things I’m seeing on the ride. Even with that comment, I did love the “smell-a-vision” aspect of the ride. California citrus smells AWESOME!!