For me, the highlight of our trip to the “Big D” was a happy accident. On a whim, and at the recommendation of one of Noelle’s friends, we drove over to North Oak Cliff in Dallas to have brunch at SMOKE. We didn’t know much about the restaurant, except that their pancakes were to die for.

Well, lemme tell you. Only three little words can describe the meal I had.

As soon as Noelle pulled into the parking lot I had a feeling we were in for a treat. I immediately felt transported to another era, because SMOKE is a part of the adjacent vintage motor-lodge The Belmont Hotel. As such, the architecture was spectacular and the scenery breathtaking. It also didn’t hurt that the aroma in the air was scrumptious. My mouth was watering even before we stepped foot in the door.

I’m not sure what I was expecting when I entered the restaurant, but what I opened the door to was a pleasant surprise. In a word, the restaurant was Texas. It was perfectly decorated with everything you’ve ever associated with Texas style – casual, vintage, cozy, and stylish. Plus, when the hostess seating you is wearing slightly torn jeans and boots, you know you’ve picked the right spot. It was? Impeccable.

We were seated next to the fireplace at a table for two and immediately eyed drinks we had to try. Noelle picked the Bluebonnet – a mixology she’s STILL combing the Internet for – and I chose The Icepick – which contained my favorite Sweet Tea Vodka in the world. Hands down, it was the best cocktail I have ever tasted: citrusy, southern and refreshing. I can’t wait to recreate it at home this summer.

As we looked over the menu, Noelle decided to go with the recommendation of her friend and ordered the pancakes, while I decided to try out their made to order omelet. I’ll let Noelle speak to her dish, but as far as omelets go, this was the best I’ve ever had. The fluffy eggs were stuffed with spinach, cheddar cheese, tomatoes and pork andouille shredded sausage. Additionally, my omelet was served with a side salad tossed in SMOKE’s own Radish Vinaigrette dressing, which I could easily have drank by the gallon. It was THAT good.

We both also ordered a biscuit and side of bacon. May I just say that this biscuit was the biggest biscuit I have ever seen, and I enjoyed every.last.bite. Additionally, the bacon? Oh, the BACON. It was at least a quarter inch thick, cooked and seasoned to perfection – I’m talking better than Petit Jean perfection (Arkansans, please don’t disown me) and caused me to feel guilty for not being able to finish my serving – I barely ate one piece! I even joked that we should take what bacon we didn’t eat to go and enjoy on the way back to Arkansas. Thanks to the bacon, our relationship came full circle at SMOKE. 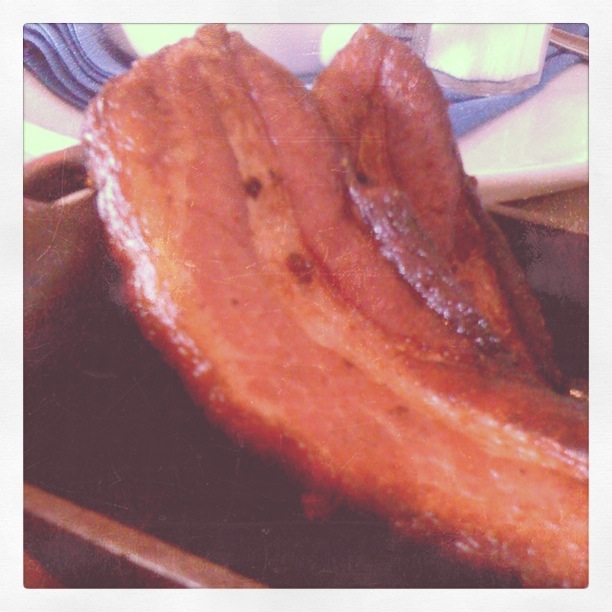 After stuffing ourselves to the brim at SMOKE, we decided to walk around the grounds of the Belmont Hotel. It literally felt like an alternate universe there. The vibe felt very Palm Springs and I even commented that I felt like I was at The Parker [based on my limited knowledge thanks to Bravo]. We walked up the hill from SMOKE to the lobby entrance and there it was: a pristine vintage Thunderbird convertible. I was in Heaven.

Then? I entered the hotel lobby and saw the stairs. The tile-trimmed stairs. My heart skipped a beat, or 10. 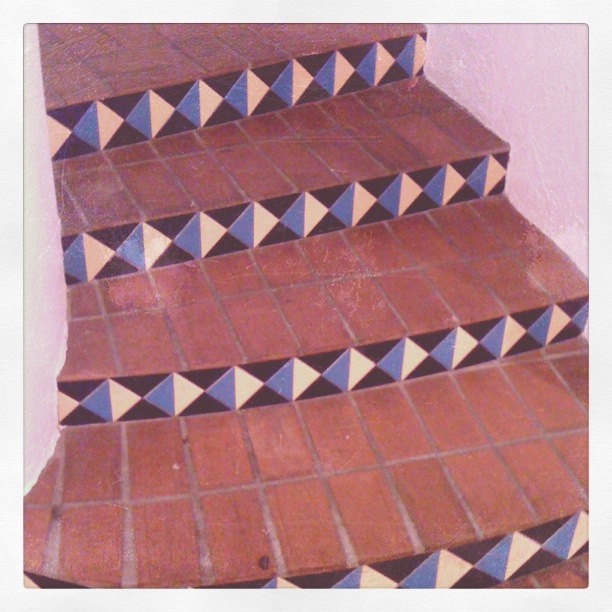 As I rounded the corner of the lobby, meandered through the bar, and walked out on the back patio I encountered what I have declared the most perfect view of the Dallas skyline on this trip. Though, sadly, this picture doesn’t it do the view justice – blame the photographer [aka moi]. Just pretend the skyline continues out to the right of this picture and imagine yourself sitting on the patio, sipping an Icepick and reading Jen Lancaster’s latest book. Stopping occasionally to take in the perfectly overgrown yet maintained flowerbeds, colorful mosaic walkway and the idyllic Dallas skyline in a single glimpse. I can’t wait to go back.

Then we walked down the stairs off the patio and back up to the top of the hill, where more rooms were located, each turn and incline leading to a more incredible view than the last and each step begging me never to leave. The perfectly unadorned architecture continued throughout with pops of vibrant colors appearing in outdoor furniture and hotel room doors.

Then we reached the pool. I have no words and I’ve run out of adjectives so I’ll let these pictures do the talking… 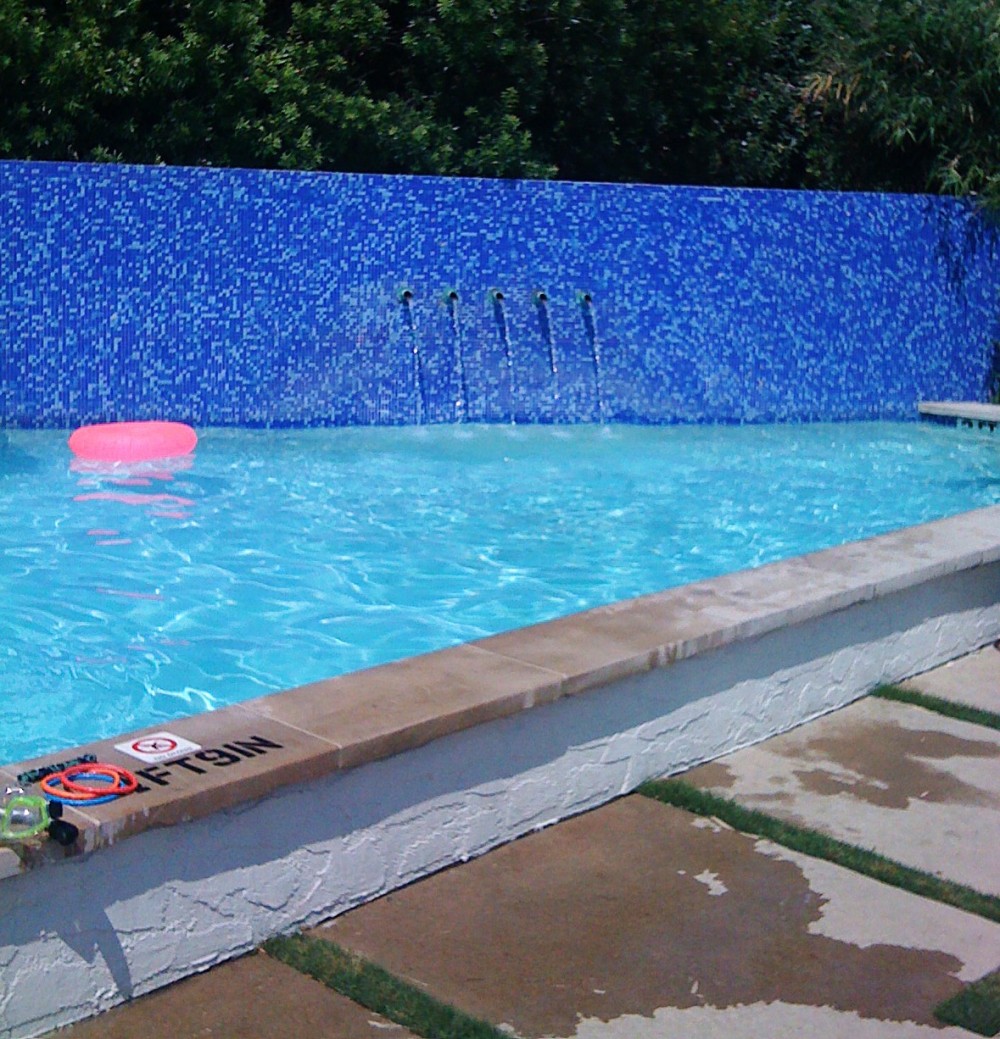 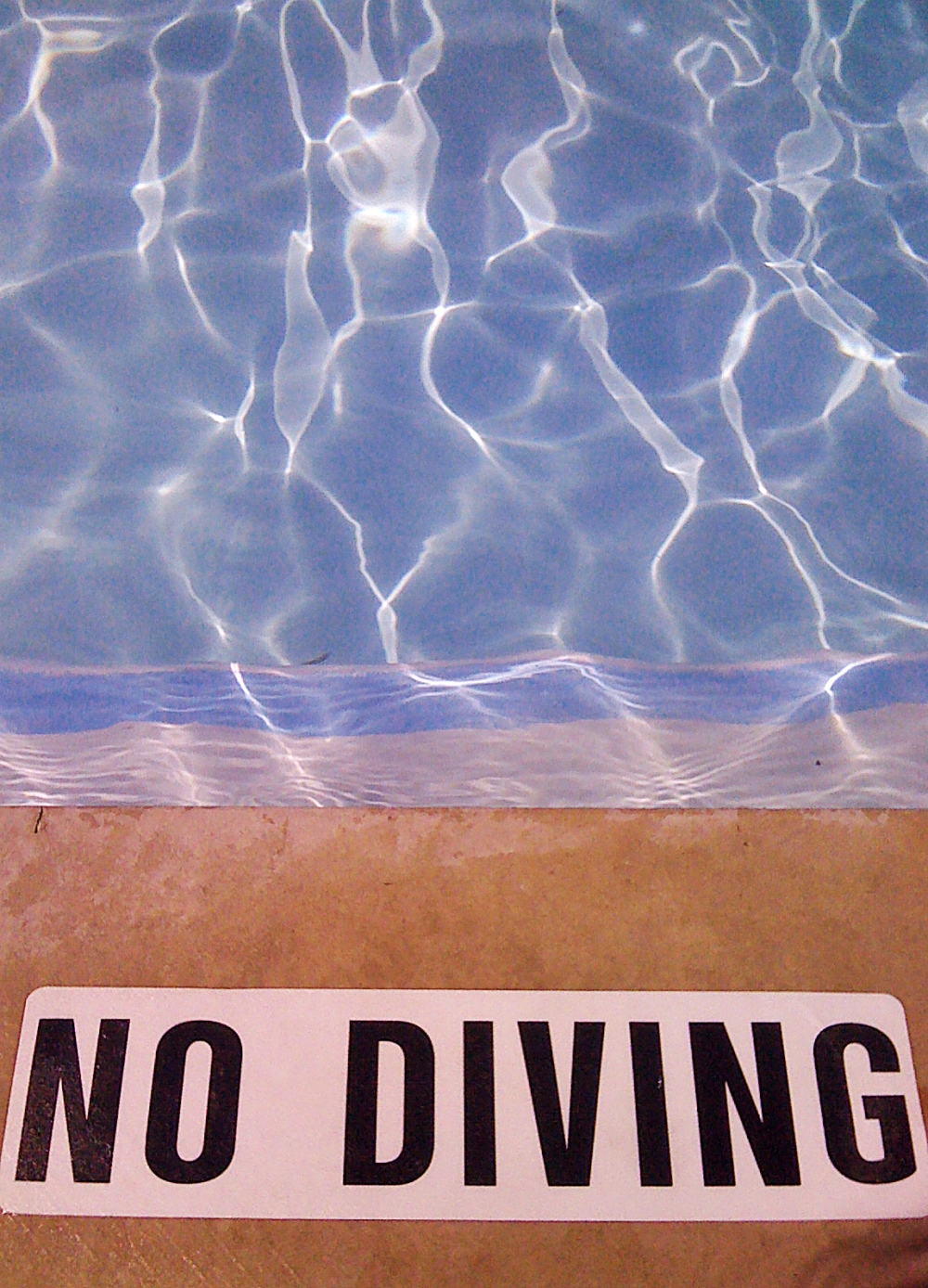 Unfortunately, we realized that we  eventually had to head back to reality and decided to begin our short trek back to the car. After we passed the final Bar Belmont sign, I knew this weekend of complete perfection was quickly coming to an end. 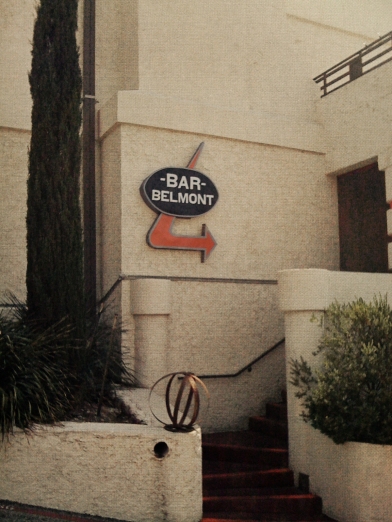 We had only two more stops to make: We Are 1976 and Sprinkles. Or, at least we thought we did, until we saw this: 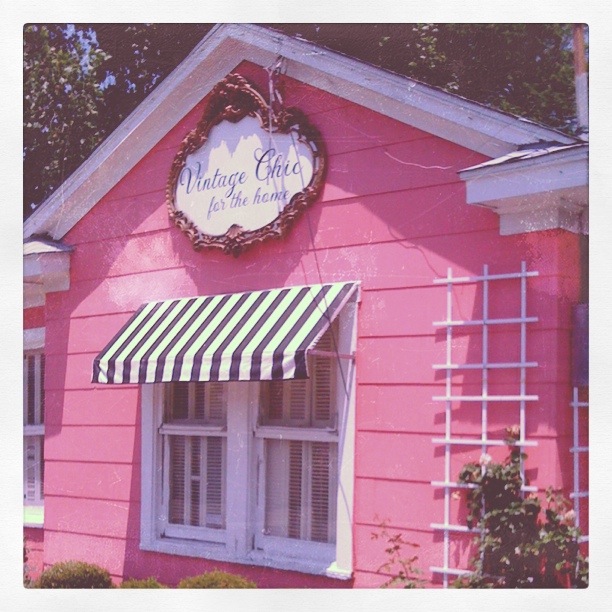 The yard of this pepto-colored house was jumbled with all types of vintage chairs and we just had to make the block and see what was inside. Turns out the house appears to be under the ownership of four very nice Hispanic men, all of whom appeared to be straight as the day is long and share a common bond in refinishing diamonds in the rough. Every style and condition of vintage chair could be found in this house, along with a plethora of fantastic fabric options and paint finishes. If only I had a house to decorate.